We've begun.  Five cows have calved and the flood gates are about to open.  I'm so delighted to say that the weather has remained beautiful and relatively warm.  (Unfortunately, that is not always the case and it's a bit of a local chuckle that people always know when our calving starts....it drops to -25 C.  Ha ha, not funny.) 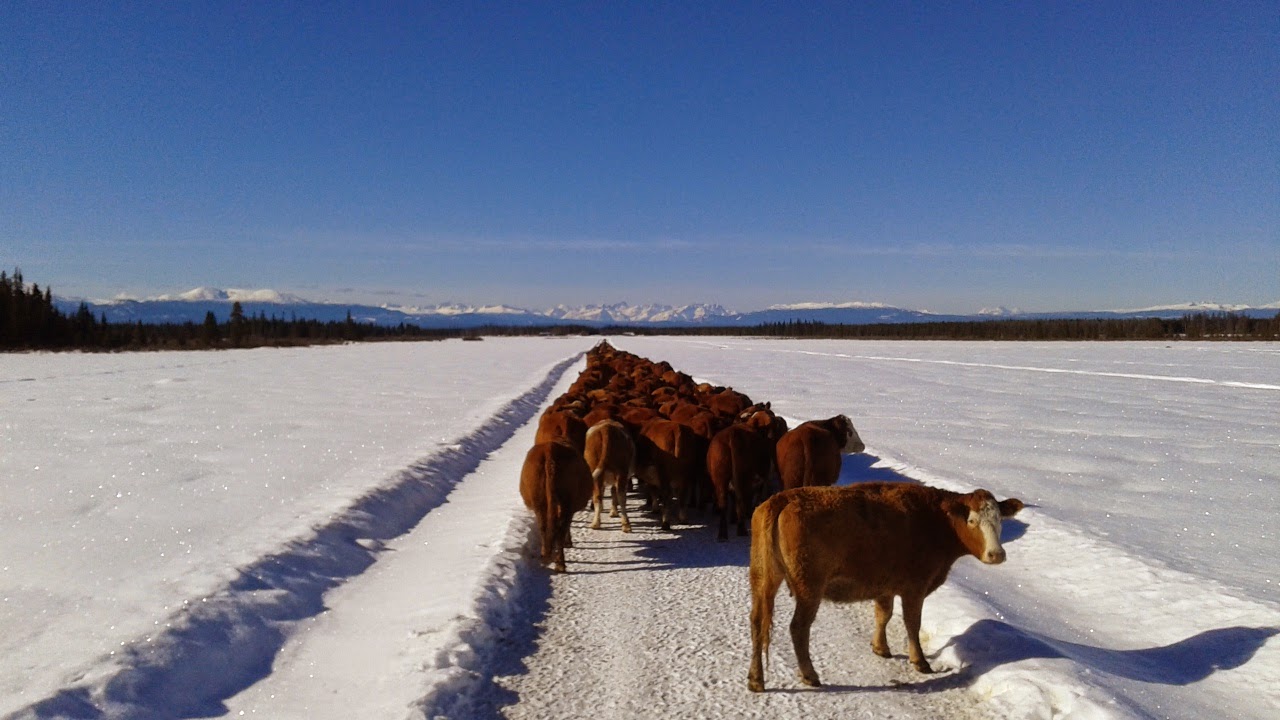 So, a first calver was put in the barn yesterday afternoon and all seemed well.  It soon became apparent however, that she was not progressing as she should and we waddled her in to the maternity pen.  There she stood, quite happily munching her grain and waiting for help as Eli reached in to her to see what might be the problem.
"Yep, there's a foot".
"And another foot, and there's the nose, perfect."
And then his eyebrows hit his hairline as he announced "And there's another foot, what the .....?!"
He fished around for a while, but as she is still a small cow and he has large man sized arms, the picture was not getting any clearer.
My arms are much smaller.
So off comes the jacket and in we go again and after pushing the head back and feeling around, the problem became apparent.
It was some seriously tangled up twins and the front one had a leg back so the little momma had no chance of having them on her own.
So with some pushing  and pulling and perhaps a bit of blue smoke, the front twin was repositioned, the offending leg was rearranged into the birth canal, chains were carefully set (making sure we had the right two out of the four available legs) and the first wee button popped easily in to the shavings.  The older brother was comparatively large, but also was no problem to bring into the world, now that he was untangled from his pint sized sister.  Success. 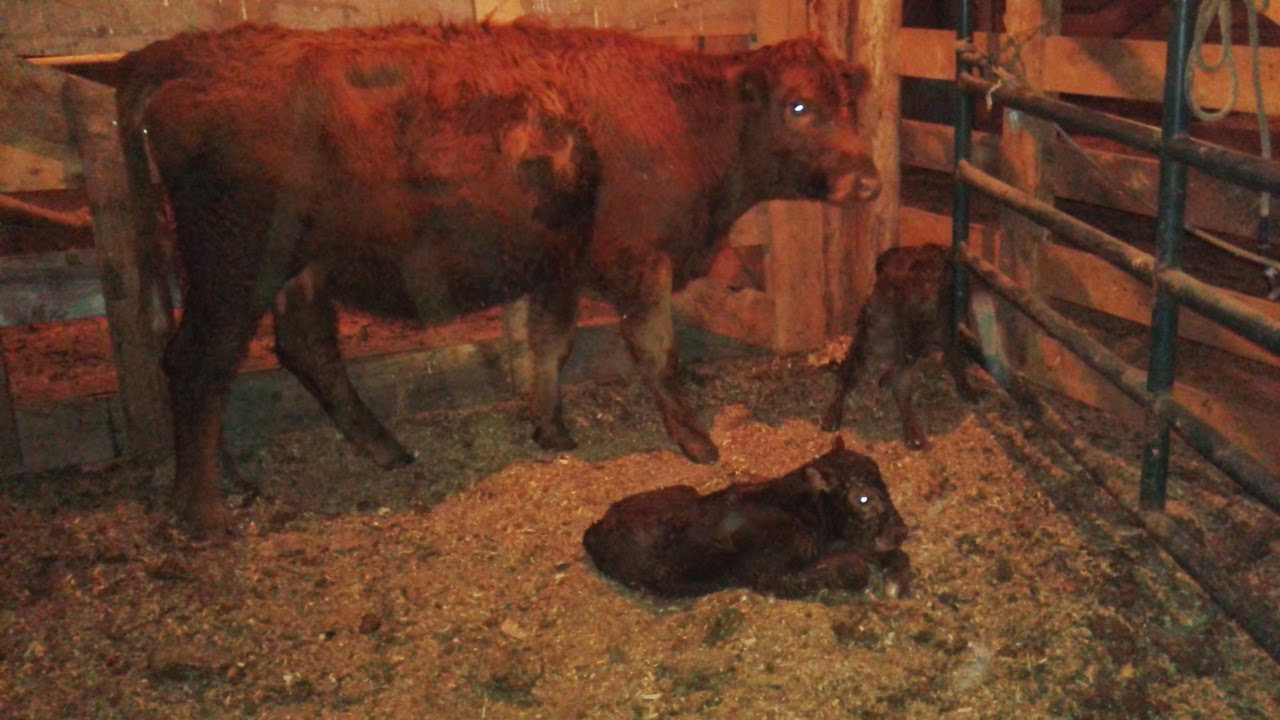 Number 3 cow to calve,  sweet first calf heifer with live twins that she loved instantly.  It has to be a good sign for a great calving season!

Love reading this and your pictures are great Punky!

It's great being able to read about home while on the road :) thanks Punk :)

Perhaps you have a story or two to add Kara? :) Hope you are well and enjoying your travels.

Thanks Cordy, my amazing fellow rancher lady! How are you guys doing with the calving....you must be getting on a roll now!