Where did Toni come from?

Back in the early days of ranching, as the herd started to increase, mum and dad wisely chose to start using a consecutive letter system to help keep track of their animals.  Many places do.   So basically this means that the animal is assigned a letter based on her age, as well as an identification number.  For example, the cows having their first baby in 2010 all have the letter "U" in front of their personal number, in 2011 the new mommas got "V", 2012 brought "W" and so on.
(For easy identification, all the calves get the same name as their momma.  Heifers kept for 'replacements' get the new tags prior to having their first baby.) 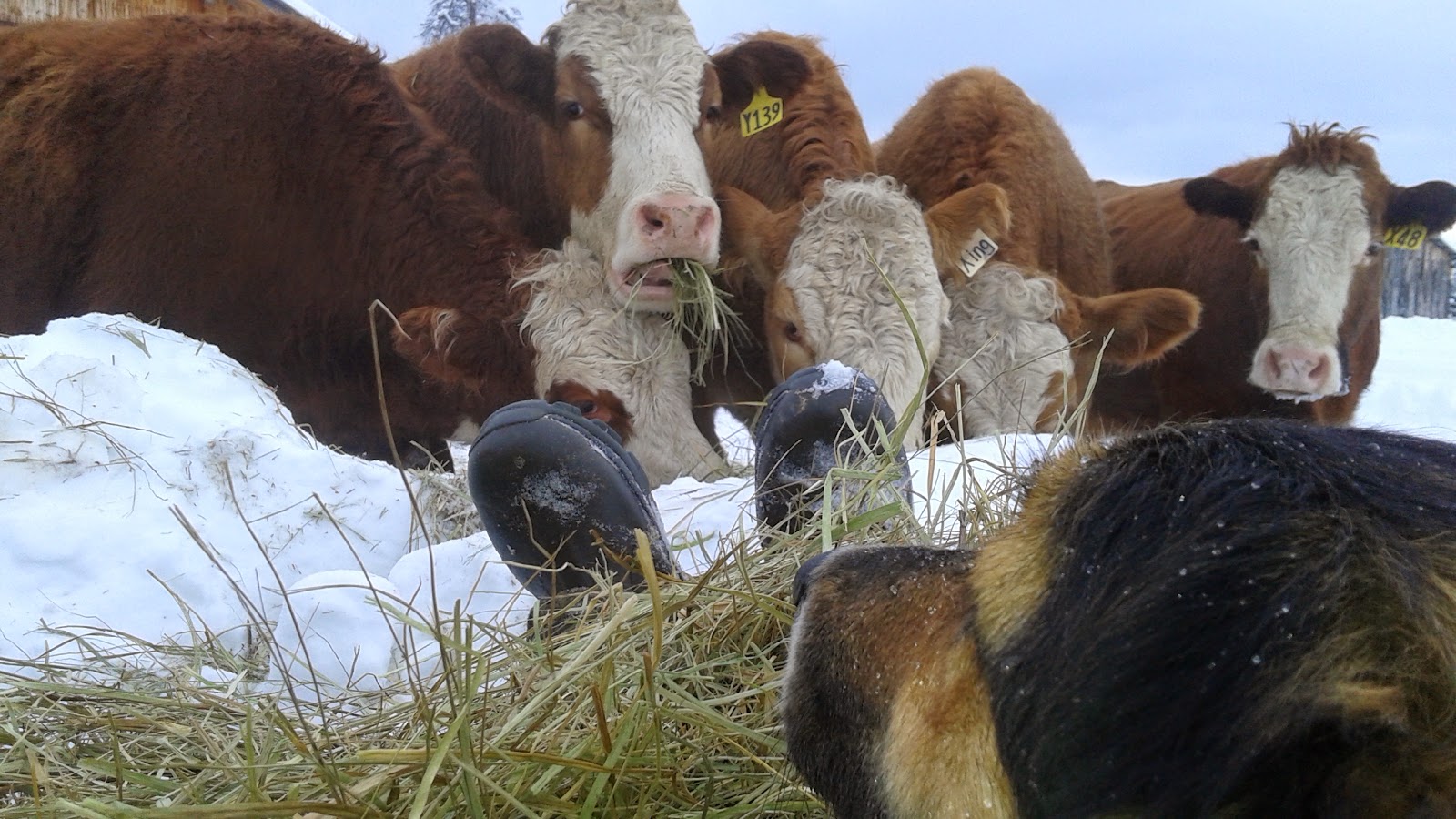 Emme and I keeping a close eye on some young mommas as we sit in the hay waiting for our ride.  Yep, those are Muck Boots.  :)

So when Eli and I started out in our ranching adventure so many moons ago, we began with the purchase of 12 cows total.  We chose an ear tag color (white) different to my parents (yellow)  and decided to go along with the consecutive lettering system to keep things simple.  Then we decided that we should NAME them starting with the letter associated with that particular year.  I clearly remember how much we chuckled thinking about how  dad would have come in to the house and uncomfortably announce that "Ira needs to be milked out", or "Vicki is going to need some help with this calf".  It was indeed funny for a while, but has become quite normal to announce that "Vera had twins" or "Moki is a cranky old bag!"   Let me tell you though, it was a whole lot easier when we had 12 cows of various ages. 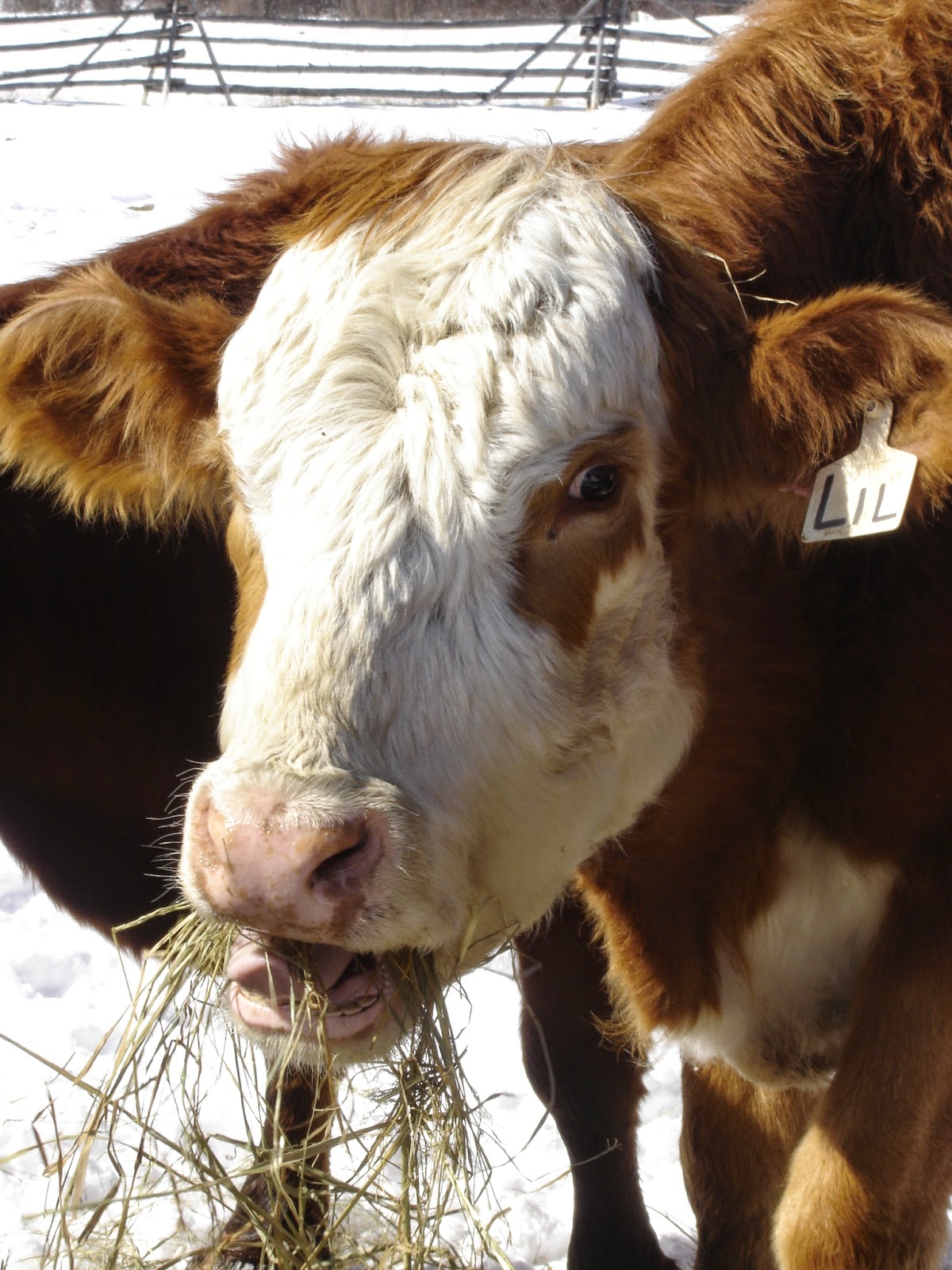 One of the original cows we started out with.

Now we keep about 25 heifers per year and it takes a bit of head scratching and research to come up with that many suitable names.  I know you are thinking it wouldn't be that hard, but don't forget....these names have to be decipherable on a 3 inch tag, at a distance, from the back of a horse, and occasionally at a rapid rate of speed!
I can tell you, the neighbors get a real kick out of it, but the funny part is that the names stick out for everyone and they are the ones remembered.  "There was a cow named TONI and a few others that came over to our range.....don't remember the others, but where did TONI come from?!" 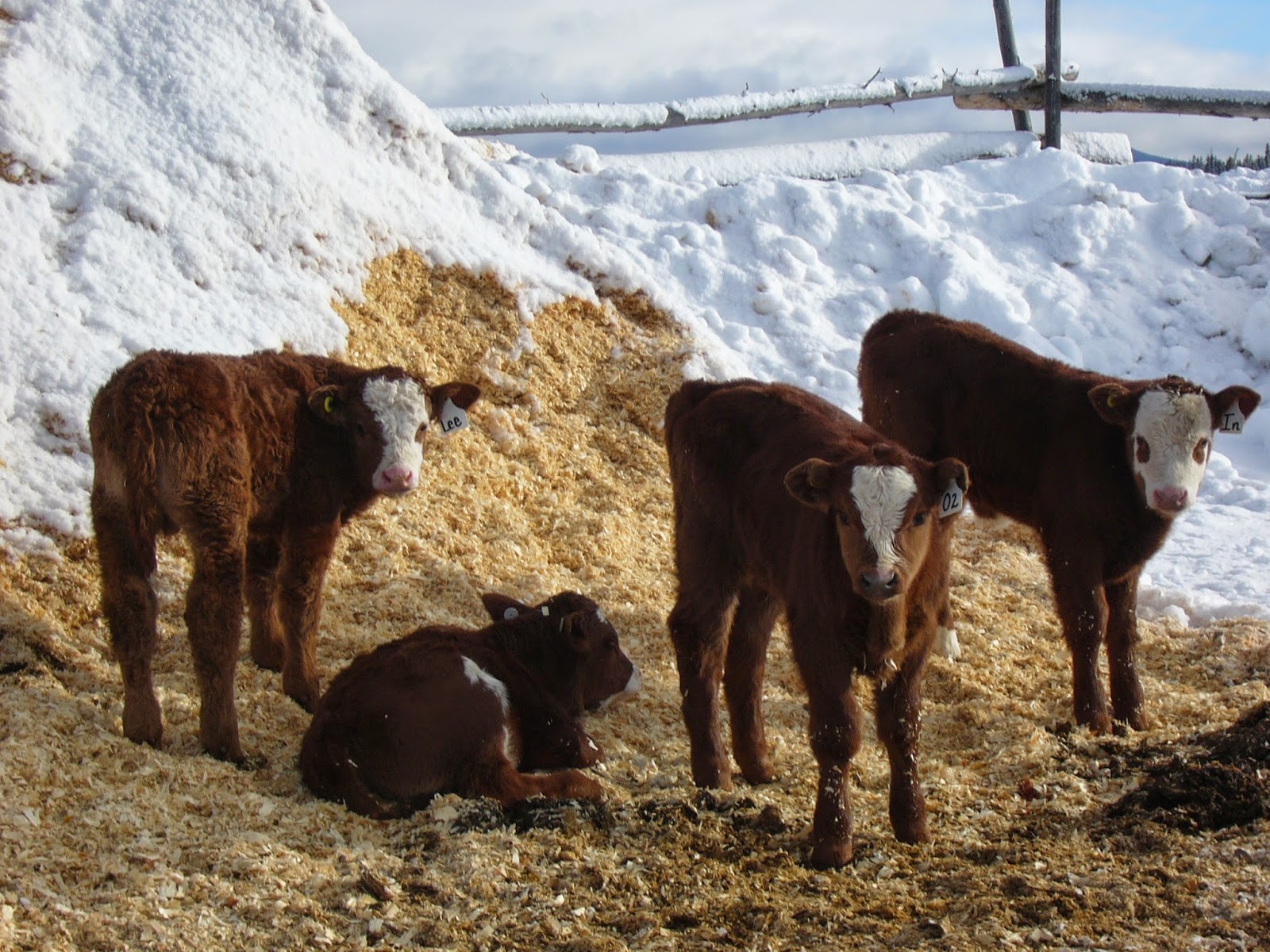 I've been thinking about this name game lately, because this year we are on "Z" and have almost 25 names to make up!  Suggestions anyone?
I look forward to your input, and don't hesitate because we will be re-tagging this week and I could use some help. 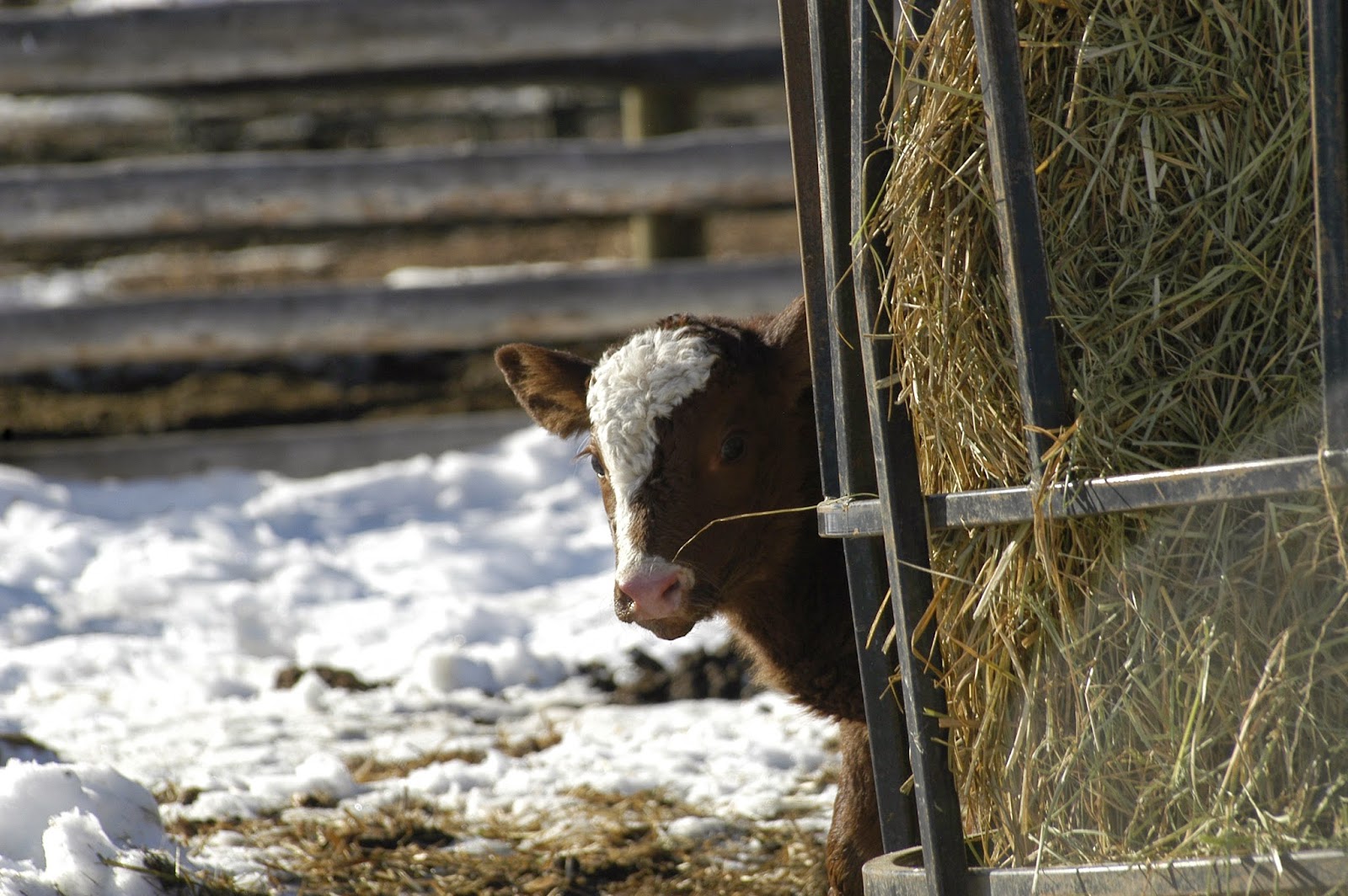 Calving season is peeking around the corner already!