The Father of the Groom 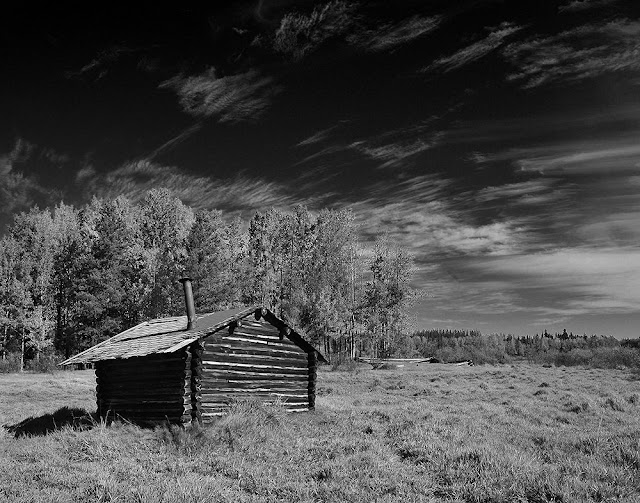 From the book "Chilcotin Holiday" by Paul St Pierre

The Father of the Groom

WILLIAMS LAKE - A very successful wedding has just been held here.  There was organ music, confetti, a bride and bridesmaids as fair as the dawn, and a big bowl of punch at the Elks Hall.
Weddings don't just happen.  People have to plan them.  Not enough of us appreciate this, and it is about time that some of us did.  Consider, in this matter, the dressing of the Father of the Groom.
His name is Lester Dorsey.  He has been ranching for forty-odd years in the Anahim Lake country.  He has many horses.  Many, many horses.  In fact, many, many, many horses.  Some of the LD brand are feeding almost as far east as Alexis Creek.  He has many friends, even though he is an old rancher.
Although Pan Phillips held over at Quesnel, and some of the other Chilcotin men had to stay home to feed stock, a great many other friends of the Father of the Groom came to the wedding.  They were earnestly intent on doing their bit to make it a success.  It was decided by these friends that the Father of the Groom should wear a white shirt with a stiff collar.  Also a necktie.  The necktie, made of cloth, was purchased at Burkowski's store.  It was colored more or less like latigo, but was cheaper and softer.  A Forsythe shirt was obtained at Mackenzie's store.
The dressing of the Father of the Groom took place in Room 218 of the Lakeview Hotel.  Randolph Mulvahill of Chezacut helped to hold him down.  The Father of the Groom had, by God, never worn a white shirt and tie in his life, and before he did, Hell would freeze solid from shore to shore.  Even then, he said, he was prepared to sit around the ice for a spell first.
Some furniture got overturned.  A cowboy named George sat on his legs, and Mike Dorsey, Brother of the Groom, also helped.
After Mr. Dorsey had been placed inside the boiled shirt, and the necktie had been cinched up tight against his Adam's apple which is rather like an old pine-tree knot, his friend Mr. Mulvahill became sentimental about the whole business.
Mr. Mulvahill said that he had never realized that his friend L. Dorsey, Father of the Groom and holder of the LD horse brand, has such a natural elegance about him.  Clearly, said Mr. Mulvahill, Mr. Dorsey had missed his calling.  He should have been a stockbroker in Vancouver, or even Toronto.
Mr. Mulvahill offered to go away into a dark corner of the hotel and sit there all night, worrying about this.  Mr. Dorsey said that Mr. Mulvahill could go right ahead and do that very thing.
Mr. Mulvahill then spoke with a deep sincerity of the days when his friend Lester rode seventy-five miles across the mountains to the Mulvahill ranch, wearing an open-neck shirt and thin coat and scarcely anything more, surviving the most vicious winter weather by sheer strength of character.  Times had changed, said Mr. Mulvahill.
The Father of the Groom was put into a suit.  A white handkerchief was placed in the upper left front pocket.  There was applause.  The Father of the Groom as dusted, combed, and heavily advised.
Randolph Mulvahill wept, on behalf of himself, an ordinary rancher to whom the fused collar and the reversible cuff were unknown.  He suggested that his good friend, the Father of the Groom, once an ordinary rancher like himself, should now slowly wean himself from that lowly estate.  He suggested that Mr. Dorsey might next keep milk cows.  From that he could go to sheep.  He would then be ready to become an insurance salesman or bank manager or some other damn thing of that sort.
The Father of the Groom was escorted away from Room 218 and he went to the church and sat there quietly, thinking thoughts that are not known to us.
The Lakeview management plan to put up a small plaque over Room 218.  Nothing gaudy.  Just a small piece of bronze.  It will say:

This is the Room
Where Lester Dorsey of the Anahim Country
Got into a White Shirt and Tie
For the First Time
With all this planning, the wedding was, of course, a success.  The bride wore white.

When the wedding was over, Lester gave me back the shirt and tie.  He said once was enough.
The management knew nothing of these events in Room 218 until they read my newspaper column some time later.  To make an honest man of me, they had the bronze plaque put up and tacked it to the door.  It was stolen and they put up another, and then another.  But the plaques kept getting pinched so after a while they gave up and now there is hardly a guest who passes through that establishment who can tell where history was made.