Ah, another rider has come through and sent me their 'Blue Canyon Day Ride' journal entry! 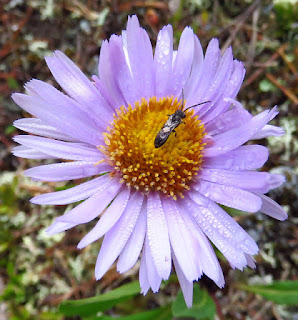 We went on a day ride to Blue Canyon today. It was quite the climb. I rode P.G. and it was great. Once up on the mountain you could see all kinds of volcanic rocks and there grew all kinds of lichens and even a bunch of little blue flowers.
I handed my three horses that I was holding over to Punky and had a look around too. She was holding about 8 horses for a while, that looked very funny, like they were all having a meeting.
When I arrived at the top of the mountain, all I could say about the view was: »wow!«.
We had lunch, I wrote in my journal and had a mini nap.
Back in camp where Olivia and Wanda were we hobbled the horses and let them go at around 5pm. Punky and Cody led them in the opposite direction then usually at this camp – not crossing the camp and creek – but with Bubbles in the lead they all came running back after a little while. So finally we let them go across the creek to their original grazing spot.
After a great meal (and barbecued garlic on crackers as an appetizer!!!) Olivia and I did the dishes. It was as funny as washing dishes can be. ;) And we got an other puzzle. This time it was about white and red socks.

-> Six pairs of white socks and eight pairs of red socks in a bag. It’s dark; how many times do you have to pull out one sock at a time, till you get two socks of the same color?

I feel like my brain is rusty, rustier by the hour!

Punky had the idea of putting one entry of all of us writing a journal on her blog. All of the same day. Anonymous. Would be cool but I need to edit mine first I guess.

It was a nice evening but it got kinda chilly. Finally I went to bed at 10 pm. Just as I was about to crawl into my sleeping bag I noticed that the zipper was broken and I had to squeeze and pull it all the freakin’ way down to close it again. We were laughing all three of us because it sounded very pathetic the way I told them that my zipper was open »but that it shouldn’t be«!


I got to sleep in today, that was nice. 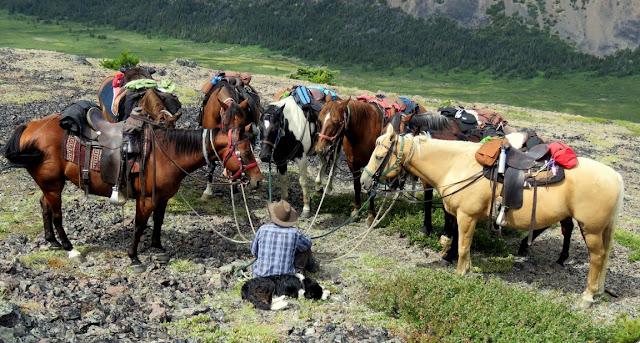 Cody and I did try and get the horses convinced to go to another small draw.  They stayed for about 10 minutes total and then Bubbles decided the grass was greener....on the other side of the creek!  So away they all went, back in to camp, down the hill, through the creek and over to their favorite spots.  We tried.... 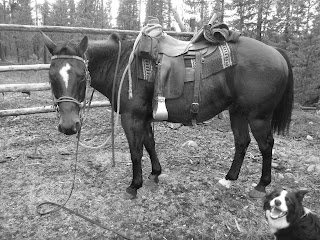 Back here on the ranch at the end of October, we are pretty much finished with our round up.  By the count, we are about six 'out'....and we have a few orphaned calves we didn't expect.  I also forgot to mention that we lost another cow to a bear about 2 weeks ago.  Once again, there is no doubt of her cause of death....massive bruising and trauma to the neck and back area but there is one weird thing.  She is the mother of the first calf we lost to a bear this spring.  Talk about bad luck...... 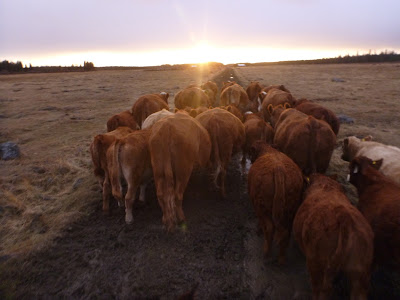 These girls were seen from the air, and I was lucky enough to find them again the same night! 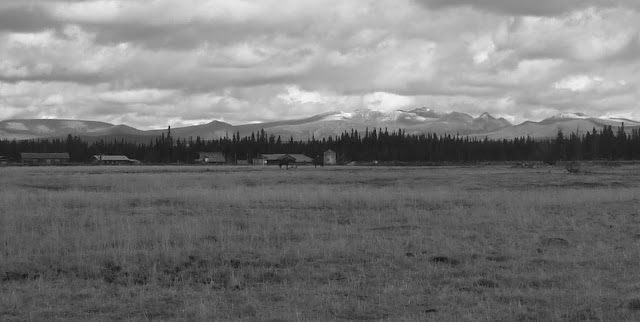 Five Mile Ranch, with the Itcha Mountains in the background.

So all is well.  We are doing the big move tomorrow, with the majority of the cow to be rounded up and taken from Four Mile to Six Mile.  Monday will begin well before daylight (which is not even that early these days) as we need to sort the cows from the calves, sort the calves by sex, organize the loads for the trucks, and then start loading by 11am when the big liners should show up.  (I'll try hard to get photos!)

We will have kept between 75 and 100 of our best heifer calves for potential 'replacements'.

Once the trucks are loaded and off to Williams Lake, we will start sorting the cows again, taking out the ones which will have their second calf next spring.  They will go into a special area with the 'first calf' heifers.  Into that group we will also sort any animal that appears thin for any reason, or any we generally recognize as not being that 'tough'.  The youngest cows are still growing themselves and so need special care.  They are monitored very closely, kept on the best fall feed, and always get the hay bales first when the snow and cold come. 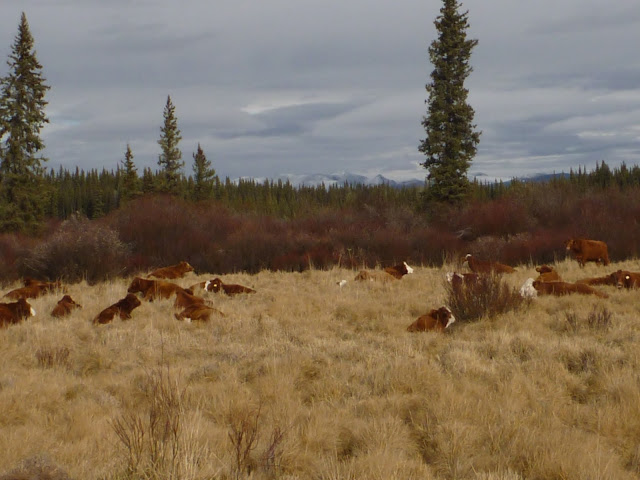 In to another pen, we will also sort 'cull' cows that will go to market this fall.  These are animals that have been noted in the spring for a variety of possible reasons.  If they are particularly cranky (dangerously so), have a 'bad bag', are becoming chronically lame or are simply getting too old to raise a calf properly, they get a "SHIP" in the record books and are checked carefully in the fall.  It is a bit sad to sell the old girls that have been part of the ranch for so long, but they have had a good life with us and it is part of necessary business to get rid of them.

Anyhow, we have a few long days ahead of us, so on that note I'd better sign off and get some sleep!