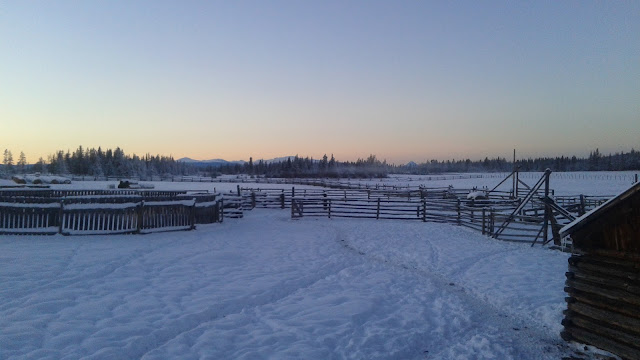 A 'forty below sky' is a well known term in this country.  When skies clear like this, everyone checks their wood pile, gets the fans going and hopes the pipes are not frozen by morning.  This photo doesn't do the "forty below sky' justice really, but I think you can almost feel the cold coming in as the sun goes down.  We get the most brilliant blue skies (not a single cloud) and the evening colors are stunning in their pinks and blues.
(And no, thankfully, we have not reached -40 yet....mostly around -25.  Which is enough, thank you.) Despite the cold nights (it's been warming up beautifully during the day), we are all fine and certainly settling in to the winter routine (i.e. feeding cows).  Sadly, we are still missing a few cows from the fall weaning and have been searching for them at every opportunity.  I have a bad feeling that some of the many wolves around have been fattening themselves for the winter on prime beef.  It could be that they have gone through a beaver dam somewhere (although unlikely to loose that many), and of course we may yet find them.  But it's not looking good.

So I'll share a few more photos with you tonight before I get back to baking birthday cake.  Amazing that at this time, New Years Eve, 10 years ago, we were just beginning our frantic preparations for an emergency trip down the Bella Coola "Hill" (in a snowstorm of course) when Jackson decided to enter the world 3 weeks early.  He has certainly grown in to the sweetest and most honest hearted young man you could ever have the pleasure to be around.  And not just handsome, but handy too! 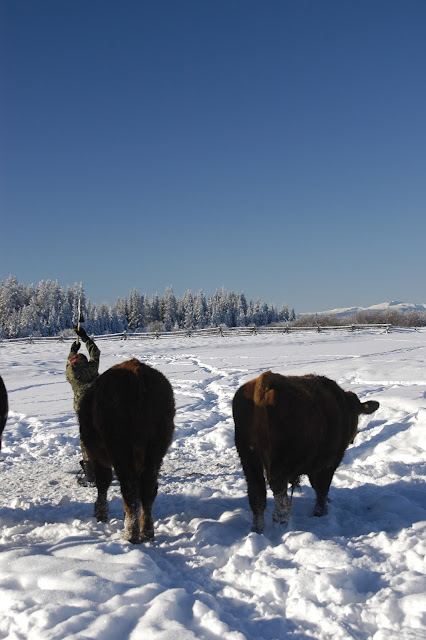 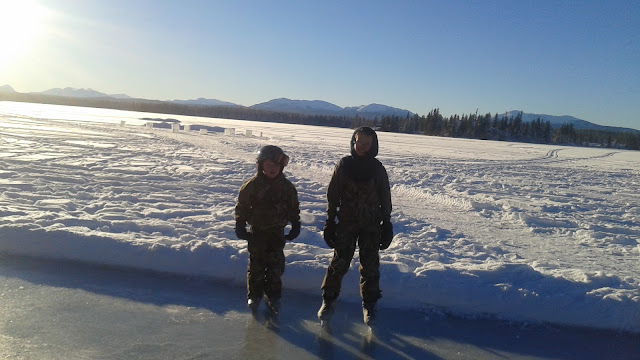 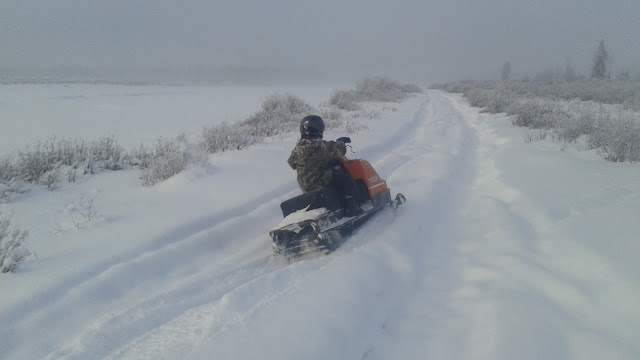 My two top helpers, checking bulls with me.  Jackson is getting awesome behind the snowmobile on his skis and Benjamin is gaining almost too much confidence on the Elan!  More and more now I hear "Let's go FASTER mom, FASTER! 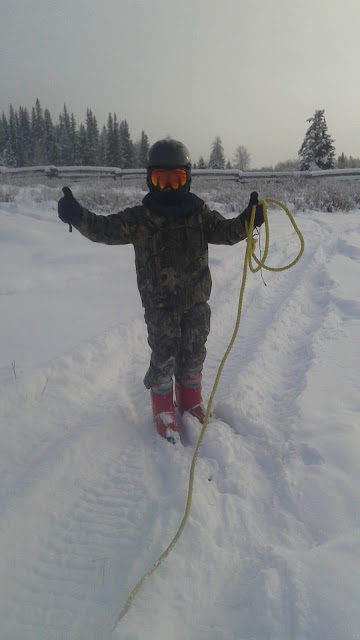 Santa brought the boys good helmets with googles, which makes me feel much better.

Wishing you a good year, Punky.

Your posts have added a lot to my appreciation and understanding of your experiences.

Hi Jeffrey, and all the best to you and yours! :)

I had a fellow rancher recently comment that "you make it sound so fun all the time.....but we know better!" Ha ha!