Wow, it's been a while since the last post...time moves too quickly. 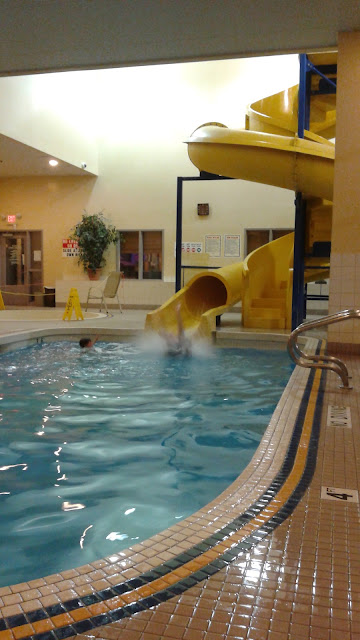 Lots has been going on, but most recently the Hatch family snuck away again!  :)  Although the weather is warm and rainy, we managed a few hours at a ski hill, got to visit some of our favorite family members and supported Costco.  The not so good news (although all is well that ends well), is that part of our trip entitled taking Dad in to the Emergency Room in Williams Lake.  He ended up having his appendix out and sure felt better for it.  He was also delighted and amazed (we all were) at how simple the surgery was.  Although we won't mention it to the doctor....he feels fully well enough to continue with the upcoming snow machine trip this weekend.

Recently I picked up a book written by a friend of ours.  Diana Phillips is an amazing woman and a great friend to everyone that knows her.  She grew up in the Blackwater country, across the mountains from us, and an easy life it was not!  Her memory as she tells her story, and her ability to make you feel part of it, is truly marvelous and inspirational.  Diana has often come on trail rides with us, comes over the mountain snow machining occasionally and is a very willing participant on the 'horse buying' trips that mum and I occasionally get in to.

This following is a short except from her book "Beyond the Chilcotin".  This particular one stuck out for me as I just read another account of Jane Lehman from Five Mile Ranch.  She was everything from Doctor to Veterinarian in this area and was well known for her wild rides to where ever she was needed.

We were at Three Circle Ranch one time when Ken cut his thumb really badly.  No one knew if it was broken or needed stitches, so someone was sent to fetch Jane.  She arrived shortly afterwards, galloping into the yard on a black horse that was covered with white lather and blowing hard.  she pulled him to a stop with such a hard rein he slid on his hindquarters to stop.  Leaping from her saddle with her doctor's bag in her hand, she asked in a booming voice, "Where is the little bugger?"  In the meantime, Ken had his hand wrapped up and has gone back to play.  He heard her arrive, leapt to his feet, fled into the house, up the stairs and hid under Mickey's bed.  Mom and Mickey had to drag him out, kicking and crying.  Jane felt he didn't need stitches, thank god, so she put a splint on his thumb and bandaged it.  As soon as she rode away, Ken tore off the bandage and splint.  He likely has a crooked finger to this day.
When I got older I lost my fear of Jane and learned to love her. She was a very abrupt and fairly loud woman.  I think every kid in Anahim Lake was terrified of her except for her own kids.  It was just her nature to be abrupt and she spoke with authority.  If you were her junior, you'd especially mind her.  But she had  a heart of gold.  Many meals I ate at her table with her encouraging me to eat more - she had a very hearty appetite of her own.  She was also an excellent horsewoman.  I went riding one day with her when she was in her sixties and we were going to visit some neighbors.  She was breaking in a new horse, a tall, long legged black gelding.  Shortly after leaving the corral, the horse came unglued and bogged his head.  Jane leaned back, toes pointed ahead and she rode this horse until he quit bucking, all the time yelling, "whoa, Junior, whoa!"
She was the only registered nurse in the area for many years and she served the community faithfully.  she received her training at Royal Inland Hospital in Kamloops and then returned to Anahim Lake and worked for the Department of Indian Affairs, riding saddle horse as far as Ulkatcho Village, which was about fifty miles away.  She tended the Indians and would take patients to Bella Coola (a hundred miles through the mountains).  She was very modest and refused to be honoured for her work.  After her death in 1983, she was awarded the Red Cross Florence Nightingale Medal. 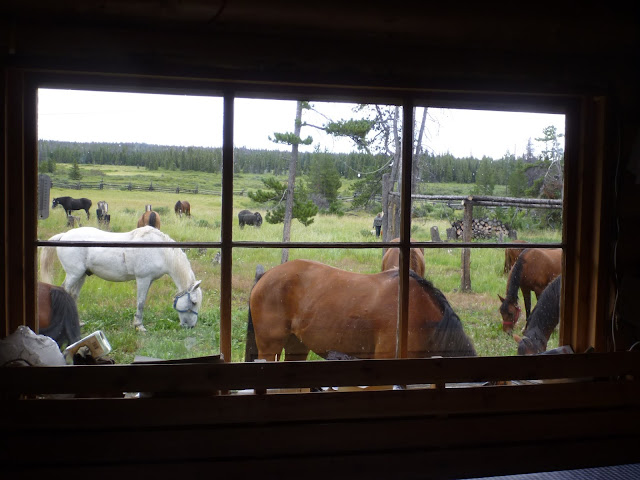