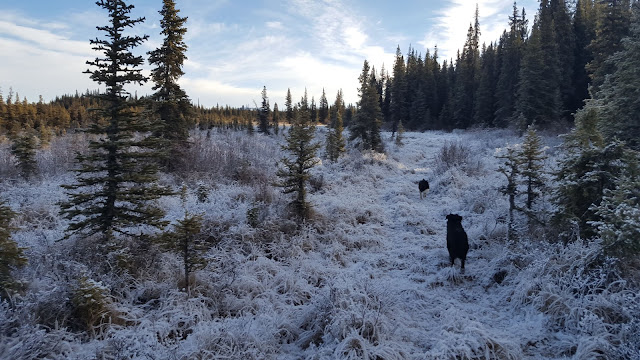 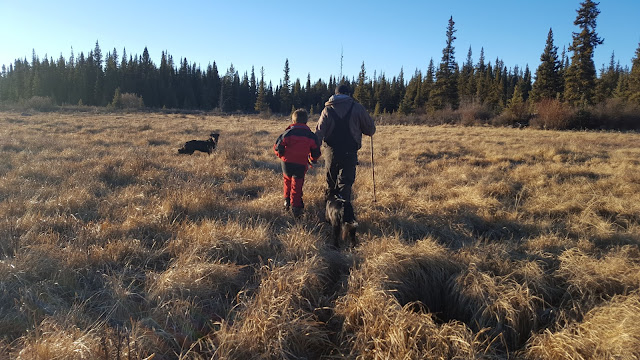 Heading out exploring the back of beyond at the end of November.  And just the lightest dusting of snow on it now. 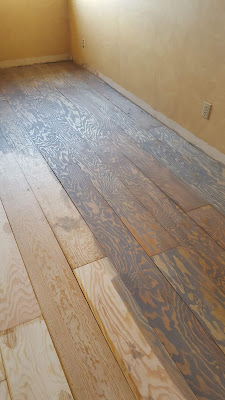 One of my winter projects.  This is my new bedroom floor, shown with just half of it stained an awesome grey that let all the red color through.  Love it.  This is just "good one side" plywood, cut into planks, glued and nailed down.  Not meant to be perfect (and isn't....) but I love it.  It's sure hard to get a good photo of the finished product, especially since the amount of light makes the colors change dramatically, but you get the general idea. 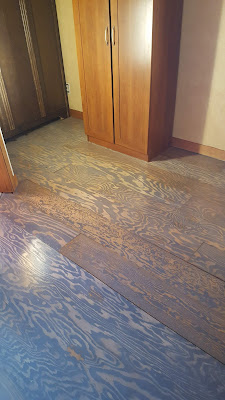 I mentioned a while back that we had a drone, given to us by my brother in law.  It's been a fun and useful toy and Jackson generally sits in the drivers seat.

Over the fall, Jackson took quite a bit of video with it, and along with videos I've collected over the years, we put together a bit of a show.  It started out being a school project, but to be honest, it became more my work than his.  Not that Jackson wasn't involved, but cutting and pasting and making the music all work together takes hours.  Unlike most kids his age, Jackson does not love the computer.  Which I personally think is not a bad thing.
I was quite hesitant to post it out, and I'm not really even sure why.  I was careful not to put any faces in the video (although if you are familiar with our operation, you might recognize one rider.)  I feel it portrays ranching in an unrealistically romantic way, and I probably do that enough on the blog already.  This is what I wrote to Jacksons teacher after she asked if she could show it to the 7th grade kids she teaches in the city.

Mention to your class that the video makes the life of ranching seem very romantic and carefree.  But to remember that these are many of the best moments.  I don't think to take video (nor would I) when we are dealing with a cow killed by bears, or a calf chewed up by wolves.  I don't video when a rancher has a dead calf in his lap that he has spend all night trying to save the life of, or the incredibly helpless feeling when a new sickness arrives at the ranch.  I don't take video when it is time to put a horse down that has broken a leg or when the rain won't stop and the pens are up to your knees in mud and we can't get on the fields to put up hay.  Ect....  I'm not trying to be a Debbie Downer, but these are truths and not to be forgotten! :)
I guess I also feel that someone should be narrating through the process of what we are doing, particularly with the shots with the drone.
The music comes from a trail rider friend of ours.  Her partner (who sadly passed away a few years ago) wrote a lot about the Cariboo Chilcotin area and his songs ring so very true.  He has several CD's, and they are all good.    As one writer correctly says "His music embodies the authentic and sincere spirit of this land; uncensored and from the heart." (500daysinthewild. com)

There is plenty of interesting footage that should be recorded throughout the year.  I'd like to get more of us sorting for example (different animals move very differently).  It would be much easier for the uninitiated to follow when we sort calves from cows for example, rather than just separating heifers and steers as you see.  Calving of course, but also the haying process, from standing green grass to stacked round bales.  Anyhow, another project for the spare time!

Alright, with all that build up, I hope you still enjoy it.  In theory, you should be able to just click on the purple link you see below, entitled "Another Year". 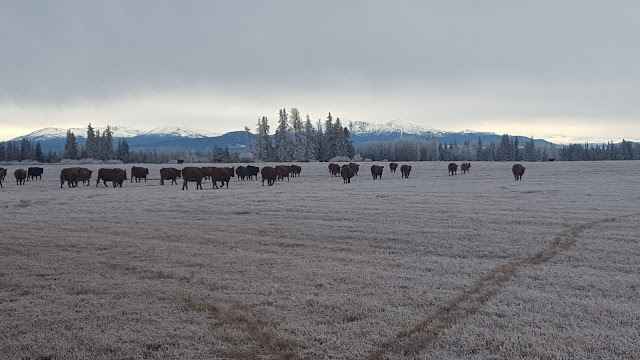 Moving cows down off the end of the hay meadow for fresh feed.  They are happy.  (Yes, I can tell.....haha) 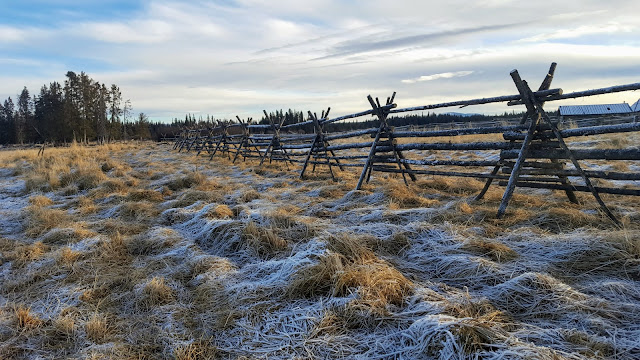 Eli and Kelsey have been busy putting up some much needed and appreciated fence around the ranch.  Winter projects like this are so much nicer when you don't have to tromp through snow!

The best to you all!
Punky